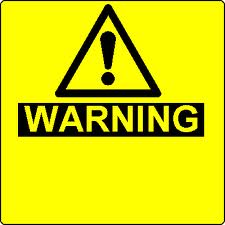 Those of us in Seattle’s Public School District who just experienced three and a half years of turmoil, scandal and fake data under our Broad Academy-trainee and her belligerent corporate agenda, have a few thoughts to share with Newark about this bit of surprising news.

This discussion, from Seattle’s highly informed and informative Save Seattle Schools Community Blog, pretty much cuts to the heart of the general sentiment here: Just Say No, Newark.

First of all, it’s hard to fathom how somebody who just got fired from her last job would make it to the short list of candidates for the top job in another major urban school district. Especially someone who had established a reputation in her previous location of employ for an imperious disregard for the community, ethics and facts.

Goodloe-Johnson  came to Seattle from Charleston, S.C. in July 2007 and got her walking papers on March 2, 2011. If hired by Newark, that will be Goodloe-Johnson’s third superintendent’s position in four years. In Seattle we were glad to show her the door. But ideally, you would think that school districts should seek out a superintendent with competence and commitment to stay longer than just a few years. [UPDATE: This paragraph has been updated to reflect the correct termination date of Goodloe-Johnson as March 2 — not March 4, as originally reported. –sp.]

(Apparently the other candidate is a former TFA-er, so it doesn’t sound like Newark is getting much of a choice beyond the revolving corporate ed reform clique).

As for that Tom Payzant fellow who has lately been conjuring up glowing remarks about Goodloe-Johnson and rewriting her history in Seattle, Newark may be interested to know that he is not merely a professor at Harvard but deeply connected to the Broad Foundation. Specifically, he is the  “Superintendent in Residence at the Broad Superintendents Academy” — the very enterprise that trained Goodloe-Johnson, and most likely helped her get her previous jobs and is trying to influence her chances in getting this one.

We at the Seattle Ed blog strongly recommend that the Newark schools community do a bit of reading about Goodloe-Johnson’s tenure and record in Seattle (and Charleston) before you make your choice. You may be able to save yourselves a lot of grief. To help you out, we’ve compiled a little reading list, below.

But first, a couple of things to know.

Though Goodloe-Johnson was apparently not directly involved in the fraud scandal  which brought her down (and lost our district at least $1.8 million and is currently under criminal investigation), she knew about the problem and failed to act on it and apparently kept the information from the school board.

And though our school board was cowed into firing her “without cause,” there were in fact numerous other potentially fireable offenses that she could have been called out for. The “Pottergate” fraud scandal was merely the final straw.

Goodloe-Johnson was also cited for an Ethics violation/Conflict of interest by the state auditor in 2010 for failing to disclose she was on the board of directors of test vendor Northwest Evaluation Association at the time Seattle purchased its MAP test product in a no-bid contract. (She was subsequently forced to step down from the NWEA board.) She was also cited by the auditor along with the school board for mismanaging district resources. And it was revealed that she threw a $7,000 party complete with carving station on the district credit card (which is not allowed), at the same time she was taking an axe to our kids’ schools and teaching staff,citing budget crisis. A lot of us thought that was pretty questionable judgment on her part, to say the least. More significantly, she earned a near-unanimous vote of No Confidence from our teachers and a number of our schools in 2010. And she helped perpetuate a false number which grossly under-reported our high school graduates’ college readiness. (This “data,” by the way, was produced by yet another person trained by the pervasive Broad Foundation.) She also only managed to achieve 4 out of 17 performance goals yet received a bonus, in a farcical  display of  “performance pay.”

In other words, there is in fact a long list of grievances concerning our former supt (see below).

It’s also important to note that Goodloe-Johnson was fired in a unanimous 7-0 vote by Seattle’s School Board. So by the time she left, our school board, our teachers and parents had no confidence in her. Her “Five Year Strategic Plan for Excellence” has been deemed costly and not showing the promised results and is currently being reconsidered by the school board. So it was a pretty unified community decision that it was time for Goodloe-Johnson to go.

In the end, even Goodloe-Johnson’s most loyal PR servant, the Seattle Times, called for her ouster:

Oh and Newark, if you decide to pass on our former supt, don’t feel too bad: despite a financial deficit and overcrowded schools and severe cuts to our kids’ classrooms, our school board generously paid her a full year’s salary in severance to leave – that’s $264,000 plus $20,000 in retirement, and probably other perqs we parents aren’t even aware of. So if you decide not to hire her, you shouldn’t lose any sleep over it — she’ll be just fine financially.

Ten + Reasons Why the Seattle Public Schools Superintendent, Dr. Marie Goodloe-Johnson, Should Be Fired With Cause

“Fear of Reprisal” – the Poisonous Culture in the Seattle School District under Supt. Goodloe-Johnson

The End of the road for Seattle School Supt. Goodloe-Johnson?

Fraud Scandal Rocks Seattle’s School District; Many call for Superintendent to be Fired

Seattle Public Schools spending targeted in criminal probe: Seattle Public Schools spent up to $1.8 million on contract work that was never done or didn’t benefit the district, triggering a secret criminal investigation into allegations of financial fraud. At the same time, the School Board has launched a sweeping review of who should be held accountable, up to and including Superintendent Maria Goodloe-Johnson.

Seattle School Board debates future of superintendent amid financial scandal

Why Do Teachers Hate Goodloe-Johnson?

And just in case any parents, teachers or other members of the school community in Seattle would like to share their knowledge and impressions of Maria Goodloe-Johnson’s stewardship of Seattle Public Schools with the Newark Public Schools Advisory Board as they make their decision, here are their e-mail addresses:

(Suliat doesn’t have a contact e-mail, but what a great idea to have a student representative on the school board! Something Seattle should consider.)