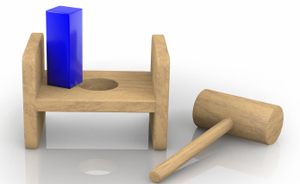 Update on Common Core Status in the States: Part Two

On February 6, 2014, I posted my first of three installments regarding the state of the Common Core State Standards (CCSS) in statehouses nationwide– and even in the US Senate. Reaction to CCSS includes the Huckabee-promoted “rebranding” of the CCSS “product” as well as CCSS investigation, testing delay, and prohibition/voiding.

Quite the spectrum of reaction.

From a research perspective, I consider CCSS a case study in how not to create and implement education standards.

What an expensive mess is this CCSS havoc.

Let’s dive in, shall we?

The push to derail Louisiana’s move to the national academic standards called Common Core is shaping up as a political brawl in the state Legislature. …

“I can give you 50 reasons why it is bad,” said state Rep. Brett Geymann, R-Lake Charles. “But the most important to me is we ought to have control over our own education.” …

Geymann, state Rep. Cameron Henry, R-Metairie, and state Sen. A.G. Crowe, R-Slidell, said they are preparing a wide range of bills on Common Core, including an end to the state’s participation, what would replace it, testing policies and student data privacy.

Critics of the standards say months of angry town hall meetings, public hearings and rallies make it likely some sort of changes are on the way during the 2014 legislative session.

Henry said he is considering 13 bills on various Common Core issues, including withdrawing Louisiana from the consortium.

“There is no factual data that proves that Common Core is effective at all,” he said.

Geymann said he is reviewing about a dozen proposals. “The main issue I am going to try to address is what to replace Common Core with if we get rid of it,” he said.

State Rep. John Schroder, R-Covington, said he plans to file a wide range of bills on the standards, including proposals on student privacy, testing and costs.

Maine Might Have a CCSS Veto Referendum in November 2014

The Maine Common Core Referendum may appear on a November 2014 ballot in Maine as a veto referendum. If approved by voters, the measure would repeal the implementation of Common Core standards in state schools.

The veto referendum is sponsored by two groups, the Maine Equal Rights Center and No Common Core Maine. Supporters are aiming to land the measure on the November 4, 2014 ballot. …

Two groups, the Maine Equal Rights Center and No Common Core Maine, are sponsoring the measure. Erick Bennett, director of the Maine Equal Rights Center, said, “It doesn’t matter what your ideology is. (Common Core) totally eliminates your involvement in how the money is spent and how your kids learn.” While fellow supporter, Heidi Sampson, co-founder of No Common Core Maine and member of Maine’s Board of Education, said, “The people of Maine will be able to have their voices heard,” she said. “If this is not repealed, the parents of Maine will have no more voice when it comes to the education of their children. That’s the harsh reality. I don’t care how it’s sugarcoated. When Washington, D.C., pulls the strings on education, there is no more local control.”

Supporters needed to gather at least 57,277 valid signatures by February 3, 2014 in order to qualify the measure for the ballot.

A flurry of bills trying to slow down or stop the implementation of the new Common Core educational curriculum in Maryland are about to hit the legislative dockets, according to Sen. Edward Reilly, a Republican on the education committee that oversees it.

On Thursday, Reilly and four other Republican senators introduced two bills related to testing and teacher evaluation based on testing.

One (SB578) requires each local school board to set the timeline for fhe new standardized tests based on Common Core curriculum, but no sooner than June 30, 2015

The other bill (SB579) delays any evaluations of teachers and principals based on standardized testing until at least the same time next year. …

In one of the more severe measures proposed, Del. Michael Smiegel has filed a bill (HB76) to repeal Common Core entirely. A another bill introduced by Reilly (SB408) would delay the implementation of Common Core.

A bipartisan bill sponsored by Del. Eric Luedtke, D- Montgomery, would stop the Maryland Standardized Assessment (MSA) test from being administered this spring. The same bipartisan bill was introduced in the Senate by Sen. Nancy King with a majority of the senators as co-sponsors.

The MSA test is not fully aligned with the Common Core curriculum, and the test — which will be phased out next year — will cost $6 million to administer.

The bill Reilly introduced Thursday would delay the administration of the Common Core annual standardized tests, known as Partnership for Assessment of Readiness for College and Careers (PARCC) for at least a year. Schools are slated to begin electronically administering the new standardized test in full next year.

Local school systems have requested $100 million in updates to be ready for the tests.

Massachusetts has approved a two-year transition to the tests aligned to the Common Core State Standards being developed by the Partnership for Assessment of Readiness for College and Careers…. This transition specifically means that not all Massachusetts schools will be administering the PARCC exams in the spring of 2015, a significant shift from the original plan for the tests.

The plan, which was approved by a 6-3 vote of the state Board of Education Nov. 19, [2013,] would allow the board to wait until the fall of 2015 to decide whether to fully embrace the PARCC test for students in grades 3-8. That’s several months after the first operational tests are due to be administered. During this transitional period, districts could choose whether to use the state’s current test, the MCAS, or PARCC. If the board determines that PARCC is a better exam, then all state students in grades 3-8 will take the PARCC test in 2016.

A bill to fight back against the Common Core curriculum is going to be introduced in the New Hampshire State House of Representatives during next year’s legislative season, adding the Granite State to the list of states pushing back against this attempted federal educational takeover.

House Bill 1508 “requires the state board of education to terminate all plans, programs, activities, and expenditures relative to the implementation of the common core state educational standards which have been adopted or may be adopted by the state board, including any assessments and instruction based upon such standards.”

It is being introduced by State Rep. Lenette Peterson (R-Hillsborough) and has already garnered nine co-sponsors.

To read this article in full go to  deutsch29 Mercedes Schneider’s EduBlog.

This just in from Ed in the Apple:

The NYS legislature has introduced bills to delay CCSS testing for two years, the Regents, the state governing body will discuss “options” tomorrow (Monday, 2/10,2014) and the governor has appointed a 12-member committee to review the implementation, and, four members of the Regents are up for election with anti-CCSS opponents … In an election year CCSS testing has emerged as a major issue .

The Regents will announce a “position” on Monday, and legislature will respond … probably a moratorium bill –

Bill to Withdraw from the Common Core: http://assembly.state.ny.us/leg/?default_fld=&bn=A07994&term=2013&Summary=Y&Memo=Y

On the Senate side:

A Variety of Bills dealing with the Common Core:http://open.nysenate.gov/legislation/search?term=common+core