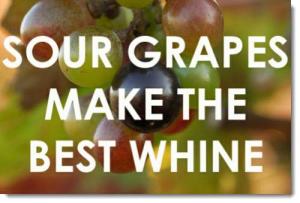 After the Washington State Supreme Court ruled in favor of the Plaintiffs in deciding charter schools are not Common Schools due to a lack of public oversight and therefore cannot receive public funding, the well financed proponents of charter schools decided to try another route by having the State Attorney General submit an argument to the State Supreme Court. His argument is as follows:

“The decision not only invalidates Initiative 1240, but also unnecessarily calls into question the constitutionality of a wide range of other state educational programs,” the statement said. “These important programs range from Running Start to Washington State Skills Centers that provide career and technical education to high school students.”

In regards to Running Start, this is not the case.

Running Start dollars go to school districts, under the supervision of an elected school board, and then the district transfers at least 93% of the funds to community colleges to pay for the district’s students who enroll there. What’s more, the school board has to approve an agreement with the community or technical college about the level of reimbursement for each student receiving Running Start services from that public institutions.

State Representative Gerry Pollet lays it out in his statement below.

The Washington Supreme Court decision striking down the charter school initiative as unconstitutional because it sends public school funding directly to unaccountable private charter schools does not jeopardize our state’s Running start program, under which high school students enroll for dual credit in local community and technical college courses.

Charter school advocates are urging reconsideration of the Washington Supreme Court decision because of their claim that it jeopardizes the Running Start program. They are utterly wrong.

Running Start funds are appropriated on a case load basis TO THE DISTRICTS, under control of the elected school boards, for Running Start payments to community colleges. Districts and the community college are limited to claiming no more than 1.2 FTE combined for each student. The point is that the funds go to the school district. For example see Seattle Schools Adopted Budget 2015-2016.

There are plenty of REQUIRED expenditures by districts to non-district educational providers. That does not even come close to the constitutional problem of the state allocating public / common school funds directly to an entity (charter school) without any elected district oversight.

Districts and schools can reach agreements for the school to be part of the district, just as some nonprofits or other entities have agreements to provide a service to the district. That is called local control.

OSPI has a bulletin illustrating how Running Start funds go from the state to the school district (with its elected school board) and then to the college, with local control in the form of agreements to compensate the district:

“Since districts assume additional costs in hosting Running Start classes in a high school setting, districts are allowed to negotiate recovery of the cost of the district instructor’s salary and facility use through the interlocal agreement with the college.”

The constitutional flaw in the charter school initiative, of course, is that our elected school boards have no oversight and no control over the use of local levy funds or state funding that the initiative would divert straight to the charter school, under the control of a private board (including corporate boards based in California).

The regulation (WAC) referred to above clearly indicates that, while Running Start funds are “basic education” funds, the funds go to the school districts, under control of the elected school boards:

The district then, by agreement with the community college, transfers at least 93% of the funds to pay for the enrollees.

Unlike charter schools, Running Start basic education funds go to the school district, whose elected board has to approve an agreement with the community or technical college about the level of reimbursement for students receiving Running Start services from PUBLIC institutions.

It is entirely up to a local school district and its elected board to choose to use district school facilities for Running Start in the High School programs. This stands in stark contrast to the unconstitutional requirement under the charter school initiative that districts have to turn over school district properties to charter schools and provide levy funds for charter school use without any school board agreement, oversight or qualifications.

Running Start shouldn’t be in jeopardy from the Court’s ruling. There may be other programs that require examination and restructuring if they send basic education funds to a private entity that has no public accountability. That seems healthy.