As parents with kids in public school, it takes a tremendous amount of restraint when describing the just completed session of the Washington State Legislature.

A profanity laced tirade feels justified, maybe even appropriate. How else to explain the lunacy of the extreme arrogance and cowardice on display in Olympia?

Contempt of the McCleary Ruling

Much has been made of the Supreme Court fining the Legislature $100,000 a day for contempt of the McCleary ruling.

What’s not talked about is the Legislature’s refusal to even create a fund to collect the fines.

The Governor was politely asked by the Supreme Court (see pages 8-10) to make sure the account and fines were collected. Inslee, showcasing his wishy-washy leadership style, decided not to rock the boat and let the Legislature wiggle out of this symbolic slap on the wrist.

Nothing stings more than a token fine, collected in imaginary dollars, deposited into a non-existent bank account.

The next jaw-dropping absurdity was lawmakers’ approach to the public school funding crisis.

Members of the Senate Early Learning and K-12 Education Committee held much hyped public forums – which not only managed to insult parents who have been patiently waiting and advocating for much needed funding for their resource starved schools – but seemed specifically designed to push the Senate’s preferred solution, a state property tax dependent levy swap.

The State Budget Director tried to excuse the continued foot dragging by stating:

State Budget Director David Schumacher even said early in the session that nobody expected lawmakers to meet the requirements of the McCleary decision until 2017 because the court set a 2018 deadline.

Surprising no one, the Legislature passed and Governor Inslee signed the infamous Kick-the-Can Plan. A perfect example of bipartisanship of the most craven sort.

Sorry public school students, no funding for you. Better luck next year.

Confirming the Bizzaro World bubble which has sealed off the Capital from reality, charter schools received lavish attention from lawmakers.

Never mind that these schools have been:

Worth noting: Rees was the education advisor to Vice President Richard Cheney, afterwards moving on to work for Michael Milken in his education business. (Take a moment to let that sink in.)

“We celebrate the parents who led this charge, and the school and movement leaders who refused to take no for an answer,” said National Alliance for Public Charter Schools President and CEO Nina Rees. “Their amazing efforts on behalf of Washington’s students has led to one of the most remarkable victories in the history of this movement.”

Translation outside of Bizzaro World: The money we poured into PACs, lobbyists, and TV ads during Seahawks games finally paid off.

Lessons from the 2016 Regular Session

Public school parents, the system has failed us and our children. Nice isn’t working. Outrage is a fitting response. Time to say goodbye to get a long, to get a little strategy.

We must hold lawmakers and the Governor accountable for their criminal neglect of our kids and public schools. Every day, 1 million public schools students’ Constitutional rights are being violated.

Angry? We sure are.

Here at TRAP Headquarters, we demand lawmakers immediately begin to treat the Constitution as THE LAW as opposed to a suggestion which must be followed only when it’s convenient to do so.

If this isn’t possible, time to #ArrestTheLegislature. 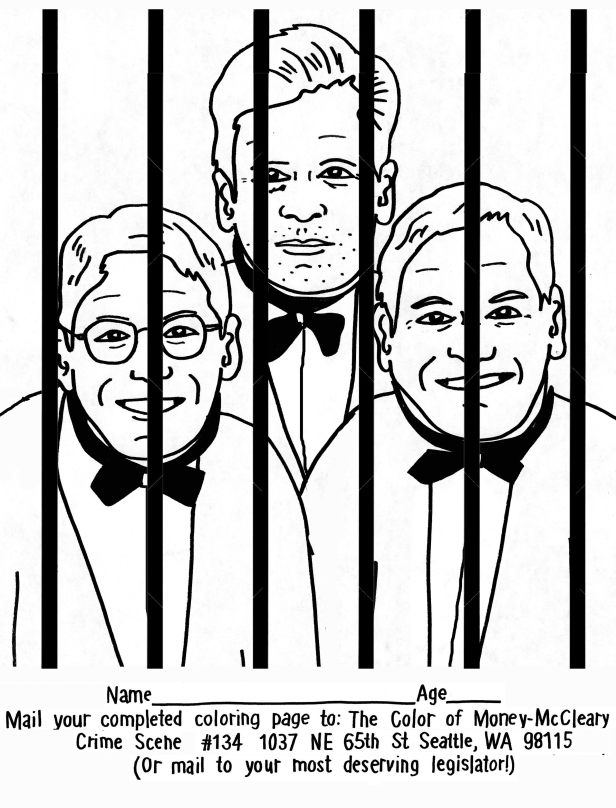