“It was terribly dangerous to let your thoughts wander when you were in any public place or within range of a telescreen. The smallest thing could give you away. A nervous tic, an unconscious look of anxiety, a habit of muttering to yourself – anything that carried with it the suggestion of abnormality, of having something to hide…There was even a word for it in Newspeak: facecrime, it was called. The Party’s surveillance tactics and technology are so advanced that even the smallest twitch can betray a rebellious spirit.”

One tier is for future workers producing when and where the market demands. The second tier will be the professionals and leaders such as diagnosticians, diplomats, attorneys, scientists, writers, architects and doctors.

Wealthy individuals like Betsy DeVos and Bill Gates are creating a future for students in public schools that has little in common with how their own children were educated.

Their motives aren’t entirely clear but there are individuals and corporations surrounding them who are profiting mightily from their vision for the rest of us. 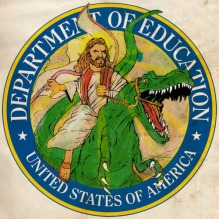 Let’s start with Dick and Betsy DeVos which is where I began this journey planning to write a simple piece on the selection of Betsy DeVos for the position of Secretary of Education in the Trump administration.

Betsy DeVos, although not an educator and her children only attending private schools, has taken upon herself to ensure that children attending public school have an opportunity to go to a private school or more preferably, a religious (read: Christian) school, by use of vouchers.

All school districts have an allocation of funds for every student in the district. It can be on average $5,000 to $7,500. The idea of a voucher is to give the allocated public funds to a student so they can attend the private school of their choice. This is also how charter schools are funded, the public money goes with the student.

The first charter schools in Michigan were operated by the DeVos’ close friend, J.C. Huizenga, who founded the National Heritage Academies, Inc., a for-profit charter school management company and one of the largest school charter school operators in the country. Huizenga is also a major contributor to the DeVos’ 501c4 organization, the American Federation of Children.

The first enrollees were students who transferred from private Christian schools preferring a free Christian education. The school was closed after threats of lawsuits from the American Civil Liberties Union (ACLU). The DeVos and their friends now use code words such as “moral focus” and “classical education” when referring to the idea of public religious schools.

Huizenga’s National Heritage Academy is also affiliated with the rightwing lobby group the American Legislative Exchange Council  (ALEC ) and is a member of its Education Task Force. For a recommended report on ALEC and education, see ALEC versus Kids: ALEC’s assault on public education.

ALEC is known for providing templates for state bill proposals for legislators. These proposed bills provide profitable returns to various industries. One of those industries now is in the realm of public education. For example, there is the “Statewide Online Education Act” which according to the website “creates a statewide program that provides high school students with access to online learning options regardless of where the student lives.” There is the “Next Generation Charter School Act” which “eliminates special distinctions between virtual and non-virtual charter schools” and the “Resolution of Student Centered Accountability Systems” which includes a “timely provision of student-level data, measure student-specific progress and restore the focus of high-stakes testing to be on advancing individual student instruction and growth.”

These bills ensure that online, computer centered learning is integrated into statewide public school systems and mostly in the form of virtual charter schools. These virtual schools have a large profit margin because they do not require brick and mortar buildings and little in the way of staff and yet they receive the same amount of tax dollars per student as a public school made up of buildings, teachers, administrators and support staff.

One of the members of ALEC is K12, an online learning enterprise which has virtual schools in Washington State. K12 is under investigation now in California and previously made a settlement with the state of $168M regarding its financial practices.

Betsy DeVos also likes online learning, sometimes referred to as “blended” or “personalized” learning, where the student is in front of a computer most of the school day, doing lessons and being assessed virtually. Teachers are seen as “guides”, no longer educators, and the student is isolated with their head phones on sitting in cubicles or at home. This is, as DeVos says, learning “anytime, anywhere”  and a term you will hear repeated by others in this article.

Then there is Dick DeVos who is a proponent of Intelligent Design, the belief that life is so complex that it must have been designed by an “intelligent being”, referring, of course, to a Christian god. Dick DeVos pushed to get his idea introduced into science classes in Michigan. .

Per the New Yorker:

Along with her husband, [Dick]DeVos is an active member of the Christian Reformed Church in North America, a small Protestant denomination with the stated belief that “all scientific theories be subject to Scripture.” According to the church’s official statement on science, “Humanity is created in the image of God; all theorizing that minimizes this fact and all theories of evolution that deny the creative activity of God are rejected.” DeVos attended Calvin College, which is owned and operated by the Christian Reformed Church.

Dick DeVos strategy for the religious takeover of schools was spelled out in a speech he gave for the Heritage Foundation in 2002.

In an excerpt of that speech, he suggests that this campaign be stealth-like rather than open for public and civic debate.

Members of the DeVos family are big contributors to the state Republican party and candidate campaigns in Michigan including the financial support of Governor Rick Snyder which leads us to the Governor of Michigan. 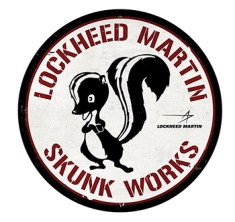 In an EdWeek article titled ‘Any Time, Any Place’ School Choice Plan in Michigan,

Michigan Gov. Rick Synder proposed sweeping changes to education this week, but perhaps his most striking idea is to create an open-market for students to choose public schools—without regard to traditional district boundaries.

The Republican governor labels his choice plan “Any Time, Any Place, Any Way, Any Pace.” Students and families who live in a school district would be given the first option to enroll, but school systems would also be required to accept out-of-district students, space permitting. This plan relates to ALEC’s “Statewide Online Education Act”

“Skunk works” is a term referring to a clandestine World War II era collaboration between the U.S. military and the Lockheed Aircraft Corporation. It is sometimes used by organizations as a name for projects with little official and no public oversight.

David Behen, who holds a seat on Governor Snyder’s Cabinet and is director of the Department of Technology for Michigan State, led the effort. The group included charter school owners and investors, personnel from information technology companies, several members of Snyder’s staff and Tim Cook of the Huizenga Group founded by Dick and Betsy Devos’ friend, JC Huizenga.

According to documents received in a FOIA, a plan was developed to convert public schools into cyber schools, allowing for seat time waivers and describing a funding model showing how virtual schools would be cheaper, no brick and mortar buildings and tutors rather than certified teachers, thereby saving money on educating children in public schools. These schools are referred to as “value schools” in the document. Vouchers would be used for students to attend a cyber school. Vouchers are not legal in Michigan at this time.

On page 97 of the FOIA is a document titled “Michigan Education Transformation” and describes a plan for a pilot “value school” where all students do their lessons on a computer and are tested using software to evaluate not only their academic growth but also their emotional state. The document refers to accumulating information on a student’s mental and emotional state as “brain science”. The term P-20 also begins to appear at this time.

P-20 describes tracking public school students from pre-school to the age of 20. This means not only keeping personal files on each student and their academic performance but also their social and emotional development. The term Social and Emotional Learning (SEL) describes how software is used to determine a child’s psychological development and abilities during the time they are on a computer doing the lessons and being assessed.

According to the Skunk works’ “Transformation” plan, these virtual schools will “require no seat time because advancement will be achieved by demonstrating competency”, using a computer. In doing this, they declare they will “produce ‘work ready’ graduates that match talent and skills with real business needs”, basically plugging students into jobs like cogs in the corporate wheel.

When word got out about this project, Governor Snyder initially denied knowing about the group or the plan that was developed in secret.

The plan was officially dropped after receiving much public backlash and threats of a lawsuit by the Michigan ACLU.

This takes us to Oakland, California where the idea of “anytime, anywhere” online learning has been developed to its fullest extent with the help of John Krull former Chief Information Officer for Oakland Public Schools from 2014 to 2016 and now the Chief Information Officer in Seattle. And yes, discovering Krull’s presence in Seattle is disconcerting. This is particularly concerning because in the Strategic Plan for Seattle Public Schools on page 18 under the heading “Strategy 3: Integrate and align operational, business, technology and academic systems to support the needs of students, teachers and schools” is the objective “Improve technology infrastructure at schools to support web-based blended learning and computer based assessment.”

The Oakland Public School superintendent at the time, Antwan Wilson, who was a graduate of the unaccredited Broad Academy for Superintendents in 2014, also spent two years in Oakland from 2014 to 2016 before moving to Washington DC to be the chancellor of the District of Columbia Public Schools.

Krull spent two years with Oakland Pubic Schools during that same period developing a Technology Plan, which reads like a strategic/curriculum plan rather than an IT plan, with a focus on the Common Core Standards. In addition, it describes the architecture of the necessary infrastructure to provide online learning and assessments for every student. The tech plan includes providing each student a Chromebook loaded with Common Core lessons and testing software for the related  Smarter Balanced Assessment Consortium (SBAC) test. The software is provided by Pearson. “And with Google Apps, students can easily access their work and files from anywhere, on any device, at any time.”  The startup cost to the district for the Chromebooks was $40M.

When you spend this kind of money for laptops and IT upgrades, there is nothing left for additional teachers, much needed school staff or additional classroom space, but that might be the point.

The distribution of laptops has not ended well in other districts and I project it will not have a happy ending in Oakland but instead become an expensive boondoggle.

There is also the issue of all the student information on a laptop being tracked and recorded.

That brings us to the next issue, Part 2 : Social Emotional Learning (SEL) and the Federal Government.

10 thoughts on “The endgame of corporate reform in public school education: Part 1, What do Betsy DeVos and Seattle Public School’s IT Lead John Krull have in common?”