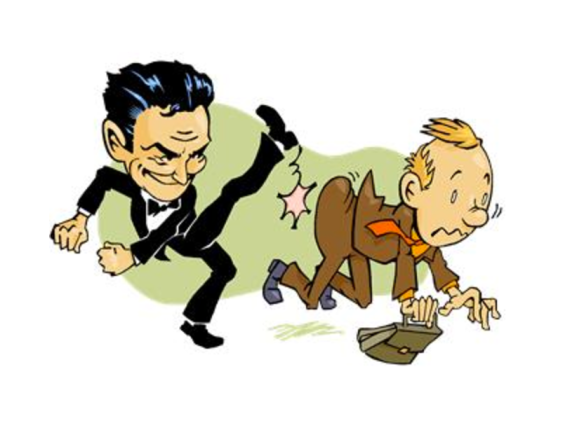 Original Title: The Strange Future of the Teaching Profession. Reposted with permission from Save Maine Schools – Helping You Navigate Next-Gen Ed Reform.

KnowledgeWorks, which has received upwards of 50 million dollars from the Gates Foundation and successfully lobbied Congress to include “innovative assessment zones” in the reauthorization of the Elementary and Secondary Education Act, has even prepared a menu of possible roles educators might play in this new system of public education.

In 1991, just after stepping into his new role as secretary of education, Lamar Alexander envisioned a system of public education where school districts would not have an “exclusive monopoly” to operate public schools.   Instead, a public school “could be redefined as a school that receives public funds and is “accountable to public authority,” and “could be operated by public entities such as the Smithsonian Institution, by private nonprofit organizations, or by businesses.”

Twenty-five years later, it appears that Alexander’s dream is closer than ever to becoming reality.

As billionaires like Mark Zuckerberg of Facebook, Reed Hastings of Netflix and Bill Gates of Microsoft invest millions of dollars into “personalized learning” experiments, corporate-sponsored bills are rapidly popping up across the country to move states toward competency-based education models that investors hope will allow learning to happen “anytime, anywhere.”

Organizations like the Center for the Future of Museums are now predicting the end of neighborhood schools:

The U.S. Department of Education in collaboration with The After-School Corporation describe a system in which students are “no longer tethered to school buildings or schedules,” but are instead free to tote data backpacks from one locale to the next in pursuit of digital badges.

In Pittsburgh, the Remake Learning Network, in partnership with the MacArthur Foundation, Common Sense Media, and Digital Promise, is currently trying to turn the city into “a campus for learning.” In Salt Lake City, where StriveTogether, United Way, and Target have teamed up to build “Community Schools,” parents are being encouraged to waive their FERPA rights so that data can be shared across the city’s organizations (including the Chamber of Commerce).

Meanwhile, groups like the National Commission on Teaching and America’s Future and KnowledgeWorks are deciding how best to manage the teaching workforce in a world in which teaching is no longer an actual profession.

KnowledgeWorks, which has received upwards of 50 million dollars from the Gates Foundation and successfully lobbied Congress to include “innovative assessment zones” in the reauthorization of the Elementary and Secondary Education Act, has even prepared a menu of possible roles educators might play in this new system of public education.

Here is how KnowledgeWorks explains the impending shift:

And here are some of the job opportunities KnowledgeWorks envisions for us:

KnowledgeWorks has even set up a make-believe job platform site called VibrantEd to help us explore some of these future possibilities.

As strange as some of this sounds, it helps explain what Tom Carroll, president of the National Commission on Teaching and America’s Future, meant when he encouraged leaders of schools of education to get “out of the teacher preparation business,” and “into the workforce development business in partnership with school districts.”

Yes, teachers, they really do want to get rid of us.

One thought on “Is the Teaching Profession Being Downsized?”