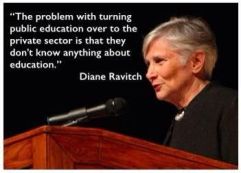 Diane Ravitch is a Research Professor of Education at New York University and a historian of education.

To follow is a recent conversation she had with Chris Hedges.

One thought on “On Contact with Chris Hedges: The Rise of Charter Schools with Diane Ravitch”