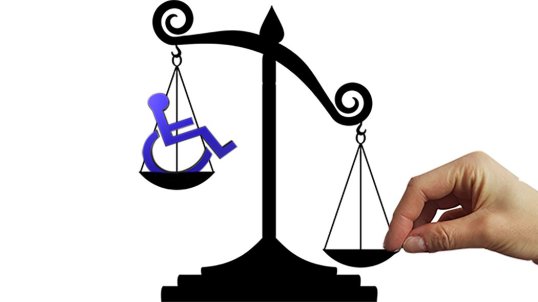 This article was originally posted on The Progressive last week.

Many people know about Supreme Court nominee Neil Gorsuch’s role in the Hobby Lobby case, which helped establish that corporations can cite religious beliefs to deny contraception coverage to employees.

We’ve also been hearing about the case of a truck driver who was fired after sitting for three hours in his cab in freezing temperatures waiting for emergency services to fix the brakes on a truck trailer he was pulling. His employer dismissed him after he chose to unhitch the trailer and drive for help to get the brakes repaired. The National Labor Relations Board sided with the driver and so did two judges who heard his appeal. But Judge Gorsuch dissented, saying the law didn’t protect the driver from losing his job.

Some of Gorsuch’s lesser-known decisions, involving the American Disability Act and the Individuals with Disabilities Education Act, are equally egregious.

In this disability-rights case, a hearing officer, judge, and federal district court judge unanimously agreed that a student with autism should be placed in a residential school because the student showed a lack of progress in transferring what he was learning in his regular public school to everyday life.

Judge Gorsuch ruled that the student had made “some progress,” although he conceded it was “de minimus.” By setting the bar exceedingly low, he determined that the school district had met its obligation under the Individuals with Disabilities Education Act, which guarantees people with disabilities a free and appropriate public education.

The precedent that Gorsuch set in this case was recently overturned by the U.S. Supreme Court.

A student with a learning disability dropped out of school after the school failed to provide an Individualized Education Program, which teachers are required to develop for students eligible for special education, in collaboration with the parent or guardian. Jessica Garcia sued on behalf of her daughter, Myisha, alleging that the Albuquerque Public School District had violated her daughter’s rights in not providing this assessment.

Judge Gorsuch’s opinion, while acknowledging that the district failed to follow appropriate procedures, found that Myisha was not entitled to any special educational services, since she had dropped out of school and could simply re-enroll.

Gorsuch joined an opinion stating it was constitutional for a first-grade student with mental-health disabilities to be placed in an isolated time-out room for an hour or more, even for minor violations such as failing to follow directions.

Judge Gorsuch ruled as he did even though the child was kept in a closet-like space that did not meet state standards for time-out rooms—as it lacked an exterior window, had dim lighting, and its interior window was covered with black paper. In addition, the school district used this extreme discipline over the course of two months, even though the timeouts were not effective in addressing the student’s behavioral issues. Nevertheless, Judge Gorsuch and his colleagues concluded that the pattern of timeouts did not constitute a denial of the student’s education because they were intended to teach him self-control and were therefore part of his educational program.

Elwell, an employee at the University of Oklahoma, suffered from a degenerative spinal disc condition. She complained that the university failed to provide reasonable accommodations so she could continue to work. Instead, she was fired because of her disability. Gorsuch rejected Elwell’s argument that Title II of the ADA, which prohibits discrimination based on disability, was relevant to her case because, he wrote, the law does not apply to state and local governments.

A special-education elementary school student had an Individualized Education Program that prohibited his teachers from putting him in a time-out room. The teachers continued to use the practice anyway, and isolated him at least thirty times over the course of two school years. The parents claimed that the child was abused by staff members on three different occasions. Judge Gorsuch, as part of a panel of judges, ruled against the parents, finding that none of the allegations of inappropriate seclusion or physical abuse “shocked the conscience” such that the student could state a claim under the Fourteenth Amendment.

An assistant professor at Kansas State University, who had been teaching for fifteen years, required a bone marrow transplant and received a six-month leave of absence. When the professor, Grace Hwang, was ready to return to teaching the following semester, there was a flu epidemic. Knowing her health could be severely compromised by an infection, Hwang requested to remain at home during the outbreak. The university denied her request, and Hwang sued.

Before evidence could be presented in the case, Judge Gorsuch ruled that professor Hwang’s request for an additional leave of absence was unreasonable and the case was dismissed.

A student settled a claim made by her mother under the Individuals with Disabilities Education Act after a successful mediation. Later, when the same family sought to pursue a separate claim under the Americans with Disabilities Act, Gorsuch ruled that because of the earlier settlement, the student could not file a claim, even though Congress clearly stated that both laws provide separate protections to students.

These cases reveal how Judge Gorsuch is inclined to dismiss the rights of disabled students and teachers to equal access to education and employment. This is not a person who should be a part of the highest court in the land.