Editor’s note: There has been a run on the Black Lives Matter t-shirts. Our suggestion is to either wear a plain black t-shirt showing your support or order one online.

There will be a Press Conference to announce the unprecedented action by teachers in Seattle to affirm that Black Lives Matter in the public schools.  Hundreds of teachers across the district will wear “Black Lives Matter” shirts to school next week.

Along with other community organizers and Black Lives Matter activists 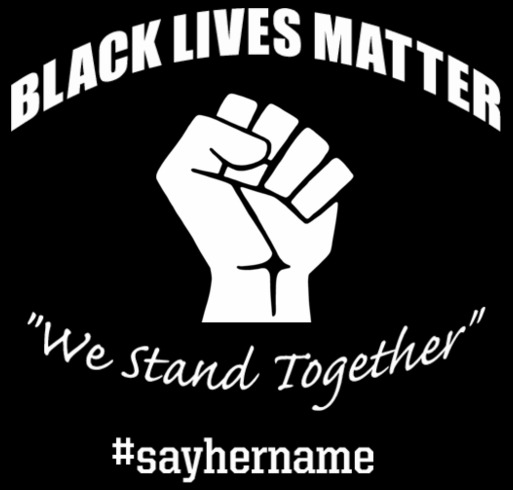 In the first action of its kind in the country,  hundreds of teachers, counselor, instructional assistants, office staff, and other educators, will wear “Black Lives Matter” shirts to school on Wednesday, October 18th.  At the time of this release, already over 700 shirts have been ordered by educators in Seattle.

This unprecedented action by educators in Seattle has been organized to let the community know that Black Lives Matter in Seattle Public Schools. On October 19, 2016, educators have planned a major action in response to the racist threats that John Muir Elementary School received on September 16.  The staff of John Muir planned an event with Black Men United to Change the Narrative, teachers, administration, custodians and other faculty to wear Black Lives Matter shirts to schools that day.  The building and district received threats of violence in an attempt to intimidate the educators, parents and students into not wearing the Black Lives Matter shirts or supporting their Black youth.  Many of the staff and community members continued with the event anyway.

Seattle educators want to make it clear that these type of threats are not welcome or tolerated in our community.

Sarah Arvey, a teacher at Hamilton International Middle School, was inspired to begin organizing an action after students asked her if teachers at Hamilton would ever wear Black Lives Matter shirts. Arvey began to organize Hamilton’s staff and then went to present the idea to the Seattle Education Association (SEA) Representative Assembly.  SEA unanimously voted to endorse a district wide demonstration of solidarity and affirmation that Black Lives Matter in Seattle Public Schools to be held on October 19th.

It is urgent for educators to stand up against racism in our society, city and schools.  The Seattle school district has grappled with institutionalized racism and remains a district that is segregated, has disproportionate discipline rates for students of color, and struggles to close the opportunity gap. It is imperative to see that educators continue to fight for the rights of all students and communities, especially those that have a long history disenfranchisement. “For Black lives to matter, they also have to matter at school,” says Jesse Hagopian, Garfield High School teacher and community organizer.  “I’m proud of my educator colleagues across Seattle who voted unanimously at the union meeting to affirm our Black students who are confronted with a school-to-prison-pipeline, disproportionate discipline, a dearth of culturally relevant curriculum, and state violence.”

“We must be bold in addressing racism. If we meter our responses in catering to white fragility, we will always heel towards the status quo of white supremacy.”

As Mark Lilly, Instructional Assistant and leader of Bembe Olele Afro-Cuban Dance Company, states, “This is our opportunity to leverage the power of public education showing the world community that when faced with oppression, social justice, right action and compassion are the chosen response.”

The message is more than words on a shirt.  In addition to wearing the Black Lives Matter t-shirts, educators are doing teach-ins, presenting Black Lives Matter Curriculum, supporting student activism and leadership, and organizing with community members.

The “Black Lives Matter to Educators” event will culminate with a rally on October 19th at Washington Hall (153 14th Avenue Seattle, Washington 98122) from 6-8pm.  This event will feature educators, parents, students, and activists discussing their vision for supporting Black lives at school.  The event will also feature, musicians, poets, and Grammy award winning artist, Kimya Dawson.

For additional information on this action, go to I Am An Educator.

This movement has gained support from the Seattle Public School District, the Seattle Education Association, the Network for Public Education, Parents Across America, over 200 college educators around the country and the Seattle PTA.

We welcome comments but will not approve posts we deem racist and hateful. If you want to share your ignorance and vitriol, go to the other Seattle blog.